Board Member, Volunteer says ‘Nobody else does what the Red Cross does’

When Clarke Cochran responded to his first disaster with the American Red Cross as a Disaster Action Team member, he didn’t know he would be helping someone he knew.

About three years ago, the Red Cross board member and volunteer said he didn’t realize it at the time, but when they pulled up to the house that had burned to the ground, it was his very good friend’s home.

“He was there, he was well-to-do, he was well insured,” Cochran said. “Everybody was OK, nobody was hurt, but he was just kind of in a daze and he was saying, ‘I can’t get a hold of my insurance company.’ The DAT captain pulled out his phone and said, ‘Here, I've got the numbers and the emergency response of all the insurance companies,’ dialed it for him, gave it to him and that was the lifeline he needed.”

When Cochran first joined the Red Cross team in 2008, he said he was one of the vice presidents of Covenant and hoping to help serve as a liaison between the two.

Not only does Cochran believe the Red Cross is a great organization, but he said it’s important for people to offer their community a helping hand.

During his time with the Red Cross, he said he has learned several things about disasters, small or large.

People, Cochran said, don’t know how to get through the first two or three days after the initial disaster because the path they were once on was changed and they suffer from shock.

“Nobody expects to lose their whole house, all their clothing, their checkbook, their debit card, you know, all the stuff we take for granted. The Red Cross is there after the fire is put out and sometimes while the fire is going on and helping them say, ‘OK, here’s the next few steps and we got you covered for the next couple of days until you can kind of pull together your resources and other community resources.’ So, it’s an essential bridge to getting your life back in order.”

You, too, can work with people like Clarke to be there for your neighbors, friends or fellow community members during times of disaster. To join the American Red Cross team, visit RedCross.org.
at 9:33 AM No comments:

Before my internship with the American Red Cross in Lubbock, I never even for a second thought I would want to work for a nonprofit organization.

Now, I can tell you how stupid that was because I’ve realized how much I love working for a nonprofit.

During my internship, not only was I treated just the same as the other employees, but I had work to do. I wasn’t just free labor that only answered the phone every time it rang and helped people who came into the office.

My first week I put together a blog plan for the month, wrote blogs, and handled social media accounts, which I’ve done the entire semester. After that, I was trusted with the task of creating lists for the Dallas chapter’s Twitter Account. I was asked to use research analytics software to compile monthly statistics about the performance of the social media accounts for the Dallas chapter, as well.

As an intern, it is a privilege to be trusted not only with your company or organization’s social media accounts, but with things outside your realm, too. It is a great compliment.

My favorite thing by far though was what I was able to do for our bowling tournament. I was interviewed on live TV about our event and the great services the American Red Cross offers. I enjoyed it so much because I had never done it before and thankfully, I didn’t do too bad. I did something weird with my hands apparently, but we won’t talk about that. It was just another thing the American Red Cross helped me get experience at that I might not have had the opportunity to do anywhere else.

I helped with fundraising events, and on April 12 I even got to host my own event called Piper’s Day Out. Just like any intern, I was terrified and convinced I would do it wrong and they would shun me from ever coming back. Thankfully, I’m just dramatic and that didn’t happen. In fact, it was quite the opposite. The event was hosted at Fire Station 18 and featured a bounce house, face painter and free food all to promote Piper the Puppy. Lots of smiling faces showed up and had a great time.

Not only did I learn so much, but I also had the honor of getting acquainted with some of the wonderful people associated with the American Red Cross. They really are a family and I was welcomed with open arms.

Internships are so important to have before you graduate and begin looking for a job. It shows you’ve worked hard and not taken for granted the wonderful opportunities around you.

The American Red Cross taught me things that I could have never gotten by just sitting in a classroom and I had a blast while doing it.

To join in on this great organization and get the best experience of your college career, please send your resume, cover letter and an appropriate work sample to amy.yen@redcross.org for consideration. 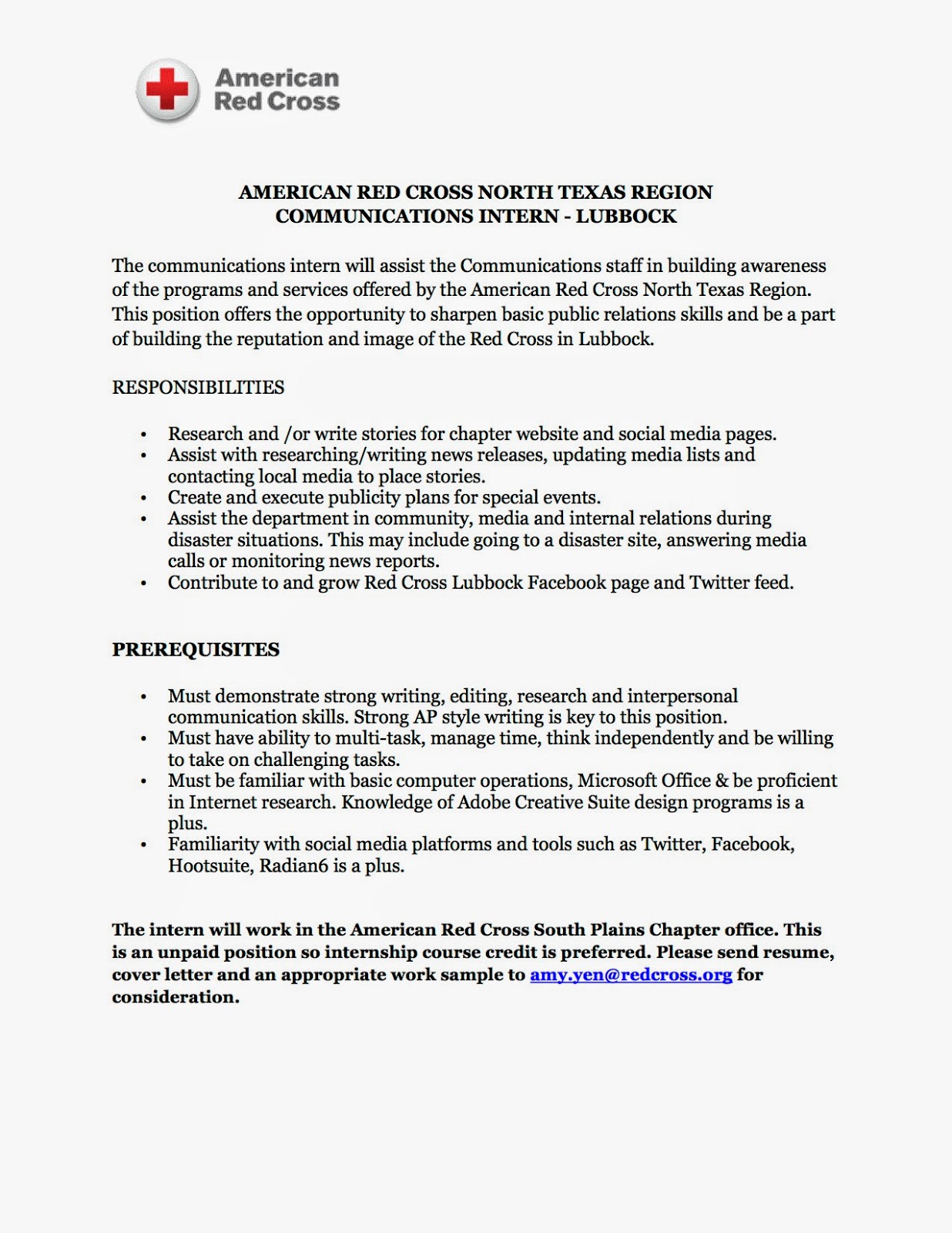 Miles Hardaway is able to remain calm during highly stressful situations, which is why he said the American Red Cross is perfect for him.

“I have always been very good in disasters,” he said. “I have a cool mind in a disaster situation and I’ve known that about myself since I was a teenager. So when I decided to start giving back to my community, the Red Cross was a natural fit for my skill sets, or that skill set anyways.”

Hardaway serves on the board, but has been volunteering for about two years as a Disaster Action Team Captain.

The Disaster Action Team members respond immediately to a disaster when called by emergency dispatch. Specially trained DAT volunteers assess the scope of the damage and meet with the affected family or families to determine their immediate disaster-related needs and ensure that those needs are met.

“It’s a way of giving back to the community that you live in,” Hardaway said. “It is a big national organization, but the work that the Red Cross does is always at the local level and it requires local volunteers in order to perform the work of the Red Cross.”

Although he is able to stay calm in collected during stressful situations, he said there are a few things that are more difficult to handle than others.

“I guess the most emotional thing is when a client has lost a pet, then they really lose it,” Hardaway said. “I have four dogs at home and so I really do relate to them and I give my dogs a big hug and a lot of attention after something like that happens.”

While some are upset after the loss of a furry friend, the most common reaction is shock after a family loses their home to a fire, he said. Others may be inconsolable or be calm and take charge of the care of their family.

Volunteers will work with the head of the family to fill out paperwork, explaining the situation and determining which of their belongings are salvageable, Hardaway said.

“They don’t even know what to do when we arrive, or where to go, or what to do at all,” he said. “We give them some directions and we get them thinking about how to recover from this. At the beginning they’re in trauma — they’re not even thinking about it.”

No matter how stressful the situation may be, Hardaway said bringing peace to families during one of the most chaotic days of their lives is the best part of what he does.

To join Miles in helping people in your community, visit RedCross.org to learn what you can do to help.
at 9:45 AM No comments:

Board Member, Volunteer Brant Daniel Says It’s All About Support 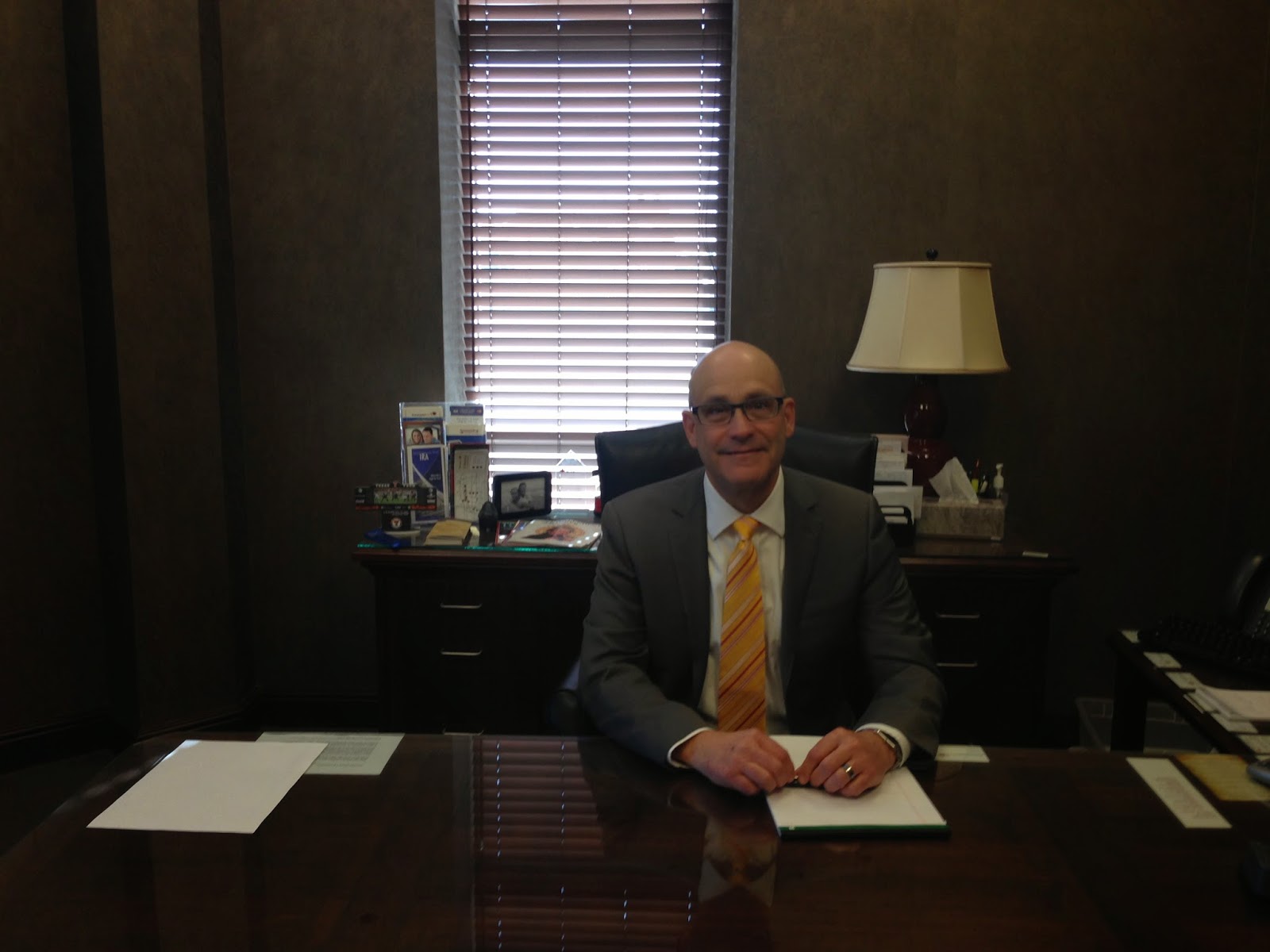 Board Member and Volunteer Brant Daniel said his work with the American Red Cross is all about offering support.

For the past three years, he has been a board member and served on the service delivery committee for the South Plains Regional Chapter.

Not only does he serve on the board, but he has helped respond to a few local disasters.

These experiences were an eye-opener for him, he said.

Often times, he said the public is used to seeing the American Red Cross on TV responding to a large-scale disaster, and may overlook the disasters that occur right down the street.

“We kind of tend to overlook the little things that happen that might not seem like much here, but to the persons involved, I mean, it’s everything and just to know that there’s an organization here that can help see those people through the immediate times,” he said, “to help them get back on their feet and get the immediate needs and concerns taken care of and they’ve got somebody to walk them through that process.”

Not only does Daniel believe disaster response is rewarding, but knowing that he is a part of an organization that does so much to help people.

Whether it’s health and safety training or emergency preparedness, he is proud of what the Red Cross does.

“It’s just that same thing and even the assistance that military families are given, you’ve got the disaster services and just knowing there’s a place in the community that people can get health and safety training,” Daniel said. “Just all the way across the board is just something that is so vital to our community and being prepared as we enter tornado season. There’s preparedness, there’s health and safety, there’s what we do for connecting military families in their time of need, I just appreciate everything that is behind the Red Cross mission.”

He said he also appreciates the work the staff and volunteers put into making the chapter successful and still keep smiles on their faces.

After he was approached to join the board, he said he realized how important it was to take care of local Red Cross chapters, too.

“It’s just the feeling you get knowing that if something happens in the middle of the night anywhere in our 13 county region,” Daniel said, “and I know the same goes on across the country, that there will be somebody there to fulfill that mission of making sure that somebody’s needs are being met.”

This National Volunteer Week, we salute people like Brant, who work hard to offer support to the American Red Cross’ mission. To join Brant and learn about volunteer opportunities, visit redcross.org to start your Red Cross story today.
at 9:25 AM No comments: