Volunteers Recognized for Selfless Service in the South Plains 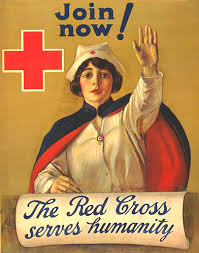 Volunteering is tough. I don’t necessarily feel selfish when I say that; Like many people who have to balance work, school, family and friends, the thought of giving what little of my time that is left away seems like a terrifying idea. Being as neurotic as I am, I’ve actually counted out the hours in my weekly routine and, not surprisingly, it’s hard to squeeze even a minute of something into my crazy life. Of course, I can say all this as someone who’s volunteered before. This isn’t my first rodeo - I’ve given my time to volunteer for academic clubs, charities, even as a date once. But, after meeting with the recipients of this year’s American Red Cross Volunteer Awards Ceremonies, I have this lingering suspicion in the back of my mind that I should re-evaluate what it really means to be a good Samaritan.

Of course, others volunteer for reasons much less selfish than my own; the recipients of this year’s many awards are proof of that. In total, these men and women have dedicated thousands of hours of hard work to the Red Cross with a simple end in mind - making the South Plains a safer community. It’s a calling that seems to span age, ethnicity and social status. Volunteers include retirees Gerald and Ethel Chambers, who have for years worked on the Disaster Action Team in Plainview, responding to catastrophes even at the dead of night, or Victor Martinez, who juggles presiding of the Texas Tech Red Cross Club, being a full time student, and preparing for medical school.

For these volunteers, it seems like the spirit of giving is in their blood. One such volunteer is Erin Imhoff.  I had a chance to speak with Erin, recipient of both the Presidential Lifetime Service Award and the Disaster Preparedness & Response Volunteer Award. Just as fun trivia, how did she earn a award recognized by the President of the United States? Since 2007, Erin has donated over 4,000 (yes, thousand) hours to the American Red Cross. We chatted for a few minutes about the food, her awards, and then we went into the hard question. I had to know, why volunteer at the American Red Cross? I'm not sure what about her answer threw me off at first; the nobility of it or how simple it was. For Erin, volunteer at the Red Cross “because you can be someone’s hero.” In context, this week alone, four apartments in Lubbock burned, leaving eight people on the brink of homelessness; in Louisiana, communities are slowly recovering from one of the worst natural disasters in our nation’s history; world-wide, families are battling measles, a disease shockingly simple to prevent with the right vaccinations. For all of these tragedies, the Red Cross and it’s almost all-volunteer workforce have been there, giving a hero to those who need it most. Erin is one of those heroes, and to meet someone who sacrifices selflessly was a humbling experience.

Listening to these stories, of the impact that one person can have on so many lives, it’s hard not to feel motivated to do something good. Honestly, I don’t think I have what it takes to tack 4,000 hours of volunteer work under my belt, but maybe finding that hour or two won’t be so difficult next time I'm asked. Perhaps there’s a strange part of me that wants to be someone’s hero, too.

A special thanks to Rudy’s BBQ for catering the event. The food was on point.


Employee of the Year – Judy Pevytoe

update on our response to the devastating floods in Louisiana

I want to provide a quick update on our response to the devastating floods in Louisiana, where local officials estimate that at least 110,000 homes were damaged. Although floodwaters have receded in parts of hard-hit Baton Rouge, many residents are still coping with ongoing flooding—and downpours are forecasted to aggravate conditions this week. 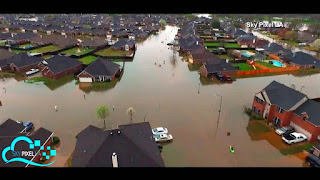 Thousands of people sought refuge in Red Cross shelters Monday night—more than one week after swiftly rising waters began ravaging communities. For Louisiana residents like Sandra, who escaped and lost nearly everything, these shelters are not only a place to sleep, but also a safe haven where compassionate volunteers provide meals, relief supplies, emergency information, health services and emotional support.

If you have loved ones or colleagues in impacted areas, please share our safety and cleanup tips, which include what to do when returning to flood-damaged homes.

Over 1,900 Red Cross workers from every state are involved in a massive response, including delivering meals and cleanup supplies where it’s safe to do so. The need is dire, especially for residents who are beginning the daunting process of mucking out their homes. They’re spending hours hauling saturated furniture, clothes and personal mementos to curbs outside—all while an intense stench of rotting fish permeates the air in many of these affected communities.

The Red Cross is committed to helping people in Louisiana recover from the floods—the worst natural disaster to hit the U.S. since Hurricane Sandy. We estimate this relief effort could cost at least $30 million, but as of Aug. 22, we’ve only received about $7.8 million in designated donations and pledges to support Louisiana.

Our work wouldn't be possible without dedicated our communities support. Please share this information with your networks to help us ensure Red Cross safety and response information is accessible to everyone who needs it.

If you would like to become a trained Red Cross volunteer you can start that process today: http://www.redcross.org/volunteer/become-a-volunteer#step1

If you and your family are able to make a financial gift to support this response you can do that right at your computer: http://www.redcross.org/local/louisiana/ways-to-donate

Louisiana and Southeast Floods
The flooding in Louisiana is likely the worst natural disaster since Superstorm Sandy in 2012. The historic flooding began to take shape Friday and continued through the weekend as rain came down on the southern Louisiana region. The situation in Louisiana is extremely chaotic and gaining access to many areas is difficult due to flooding and numerous road closures. In addition, power and phone outages are complicating relief efforts. Local officials have reported 20,000 water rescues and are estimating that 10,000 homes have been impacted. With the ongoing floods, many areas remain inaccessible. The threat of ongoing floods continue as weather experts predict more rain is possible.

More than 1,700 National Guard troops have been mobilized with more on the way. On Sunday evening the President declared a major disaster in Louisiana including the most heavily parishes of Tangipahoa, St. Helena, East Baton Rouge and Livingston. This list is expected to grow. Mandatory evacuations remain in effect for the town of Lake Arthur in the Jefferson Davis Parish.

On Sunday night, more than 10,600 people sought refuge in nearly 50 Red Cross and community shelters across Louisiana. In addition to opening and supporting shelters, Red Cross disaster volunteers are providing shelter, food and comfort now with more help on the way. An additional 500 Red Cross disaster volunteers from all over the country are on their way to help in Louisiana. The Red Cross has also mobilized 60 disaster response vehicles, 40,000 ready-to-eat meals, and more than two dozen trailer loads of shelter and kitchen supplies.

Preliminary estimates indicate the Red Cross response efforts could cost more than $10 million and it is likely to change as more information becomes available.

Large disasters like the floods in Louisiana create more needs than any one organization can meet and the Red Cross is working closely with the entire response community – federal, state, county and local agencies, and other non-profit organizations, churches, area businesses and others- to coordinate relief efforts and deliver help quickly and efficiently, keeping in mind the diverse needs of the community. Some of these organizations include the Southern Baptists Disaster Relief, Save the Children and AmeriCorps National Civilian Community Corps.

Because the flooding isn’t over, it will take some time to fully uncover the extent of the devastation once the water recedes and the Red Cross will work closely with its partners to ensure people receive the help they need as quickly as possible.

In Mississippi, rainfall is continuing causing additional flooding. The governor of Mississippi issued a state of emergency for Adams, Amite, Pike, Wilkinson and other counties affected by the rain and floods over the last several days. Mandatory evacuations are still in place for Crosby and Osyka. The Red Cross is coordinating with local emergency management to provide assistance as necessary.
at 4:17 PM No comments: